It was a sad day for me, personally, as I held my long-time pet and companion in my arms as we put him down to sleep forever. Here are a few videos over the years, including one taken yesterday morning with my smartphone. I spent most of Maxxie’s last day with Maxxie, as well as taking many photos and video’s for my private collection and memories. 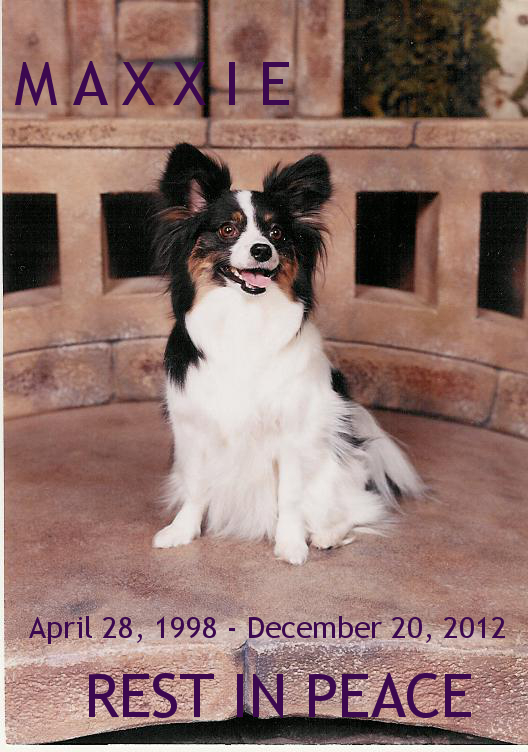 Our vet said he has an injury on his eye which didn’t heal and now the iris is poking through. The build up of fluids behind his eye is what causes the weeping and the pain and he is in pain. She said it’s going to get a lot worse, no chance of healing. In addition to the pain from his exploding eye, he was having problems walking with a spinal injury and arthritis, deafness and other ailments and it would have been too late to save the eye. We did not want him to suffer during the Holidays, where immediate emergency care may not be available.

HART is not only a PetLvr but he is also a PapillonLvr!

Losing a pet is never easy, but a creative and respectful memorial project can help bereaved...

Thanks to our TIMECAPSULE plugin for reminding me that today is our little Sophie’s 4th...

Pet Sympathy Gifts By Marcus Peterson The loss of a pet is a devastating experience....

Pet-Pet-blog.net selects its First Pet Site of the Month: Cute Overload! I was thinking that...

I recently had the opportunity to post some news last Valentine’s Day (PURINA® CHEF MICHAEL’S®...

We took Maxxie out of his 14 day isolation stay in his Kennel last Thursday...